June 25, 2018 News Comments Off on Prince William’s Middle East tour will be his most challenging royal trip to date 1,583 Views

Jerusalem (CNN)The Duke of Cambridge faces perhaps his biggest international test to date in his trip to the Middle East, where he will have to juggle politics, diplomacy and royalty. British royal visits usually try to stay above politics, but any foray into this region is inherently political.

The first stop on Prince William’s trip ought to be the easiest stint — perhaps the only easy part. His two-day itinerary in Jordan, the Hashemite Kingdom, starts Sunday and includes a number of meetings and events with children, a focus of the royal visit. His wife, Catherine, the Duchess of Cambridge, who gave birth to their third child in late April, will not be joining him on the visit.
The highlight of the leg in Jordan will happen Sunday, when Prince William meets Crown Prince Hussein, the son of Jordan’s King Abdullah II. It’s the first time the two young leaders will meet and both royal households no doubt hope it will build a relationship that will be significant in the years to come.

On Monday night, Prince William will leave Jordan and head for Israel, where every word uttered by the young royal will be scrutinized.
After a Tuesday morning visit to Yad Vashem, the Israeli Holocaust Museum, Prince William will meet Israeli Prime Minister Benjamin Netanyahu and President Reuven Rivlin in successive meetings. 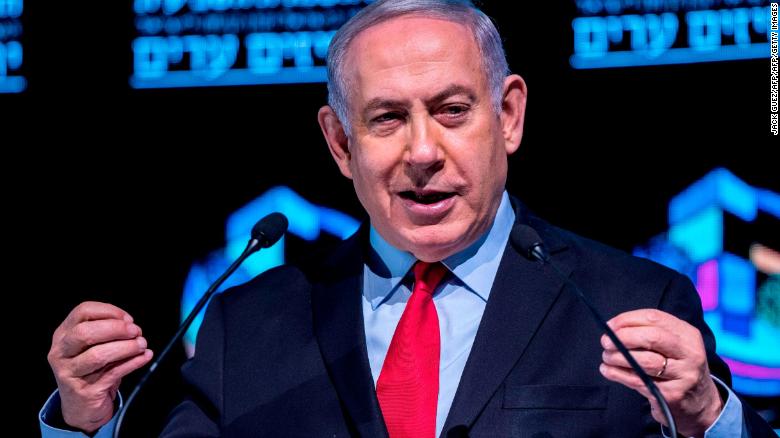 The royal visit to Israel will offer Benjamin Netanyahu a rare reason to smile.
For Netanyahu, the meeting will represent a diplomatic victory.
At a time when Israel is facing international criticism for its use of live fire against Palestinian demonstrators in Gaza and its continued settlement expansion, when the international community has overwhelmingly rejected US President Donald Trump’s unilateral recognition of Jerusalem as the capital of Israel, when Israel’s plans to demolish the Bedouin community of Khan al-Ahmar have drawn condemnation, the first ever official visit from Britain’s royal family is a welcome reprieve, one that adds legitimacy to Netanyahu’s government and to Israel as an ally of the United Kingdom. Netanyahu will have reason to smile when the two meet.

Back home, the British government will also hope to have reason to smile. As the UK grapples with a deeply uncertain post-Brexit future, it is looking to shore up and deepen relations with up-and-coming countries outside the European Union. Israel is seen as one of those countries that London needs to cultivate, and Prince William’s visit is expected to play a part in that drive.
In an effort to maintain balance during his trip, he will meet Palestinian as well as Israeli leaders.
After stops in Tel Aviv, Jaffa and Jerusalem, Prince William will go to Ramallah in the West Bank, where he will meet Palestinian Authority President Mahmoud Abbas. Palestinian leaders have demanded an apology for the Balfour Declaration, the seminal 1917 letter from the British foreign secretary that endorsed the creation of a Jewish state. Once again Prince William’s words and statements will be picked apart. 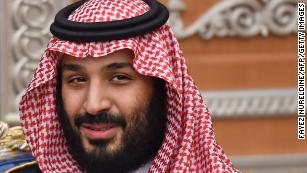 Mohammed bin Salman is on a make or break mission
Already, the Prince has found himself the target of Israeli criticism. In describing his visit to Jerusalem’s Old City, a statement from Kensington Palace labeled the Old City as located in occupied Palestinian territory. That coincides with the language of the international consensus and international law, which hold that East Jerusalem and the West Bank are Israeli-occupied territory.
But Israel holds a united Jerusalem as its capital and Ze’ev Elkin, a leading candidate for mayor of the city, said this week on Twitter: “A united Jerusalem has been the capital of Israel for more than 3,000 years. No distortion in preparatory pages for a tour like this or otherwise can change that reality,” referring to the trip itinerary from Kensington Palace.
But Palestinians insist that the eastern part of Jerusalem will one day be the capital of their future state, a position supported by the international community. Palestinian leaders will be listening closely to see how the Prince addresses their aspirations.
It is into this cauldron that Prince William will enter, and a lifetime of royal training will be put to the test.
Source: https://edition.cnn.com/2018/06/24/middleeast/prince-william-middle-east-tour-intl/index.html
Share
Previous As Israel Pushes to Build, Bedouin Homes and School Face Demolition
Next The school at Khan al-Ahmar